I grew up in Nottingham and, as one of four siblings with many pets, I had a fun, noisy childhood. I went to university in Leeds where I studied English Literature, as well as doing a variety of jobs to help pay the rent (barmaid, ice-cream seller, telesales, horoscope writer…) I even wangled a job at a summer camp in New York State, teaching Ceramics to kids, although I didn’t have a clue what I was doing (and accidentally blew up many of their creations in the kiln…)

After graduating, I lived in London for a few years, working in publishing which I loved – and which has been really useful in terms of being an author (I learned not to ask for my name in massive gold foil letters on the cover, for instance, and ALWAYS to be extra-nice to the assistants, having been one myself). Then the travel bug struck and I took the plunge, and went off around the world for a year and a half, in search of beaches, temples, rainforest and the best tan of my life. I also did all sorts of hideous jobs in Australia and New Zealand to pay my way – the most shudder-inducing being a stint packing bananas in Queensland, where flicking massive spiders off the fruit was part of the job description.

I came back to the UK, fell in love (hello husband-to-be), worked in publishing and then the BBC for a while before having three babies in quick succession (well… within four years, which did feel pretty quick at the time). We left London for Brighton where we all lived for a while, before upping sticks again and moving to Bath, where we still live today.

I wrote my first novel soon after we moved to Brighton… I had a one-year-old and a new baby and seemed to be permanently dealing with either a grizzling infant or the laundry basket, so I started an evening class in creative writing, just so that there was one night of the week where I could escape back into the real world in the hope of stringing a coherent sentence together.I had already written some children’s books at that point (under my real name, Sue Mongredien), but the writing course gave me the chance to try and articulate on the page how I felt about motherhood, and all its joy, bewilderment and surprises. That piece of writing eventually became a novel, Any Way You Want Me, and I was thrilled when Pan Macmillan made me an offer of publication.

Since then, I have had twelve novels published, with more on the way, and write full-time while my children are at school. When I’m not slaving away (cough cough), you can find me up on the hills with my dog, curled up with a great book, or lying in a bubble bath trying to avoid looking for lost PE kit. 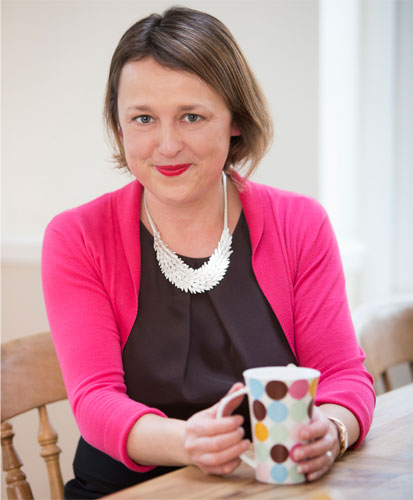